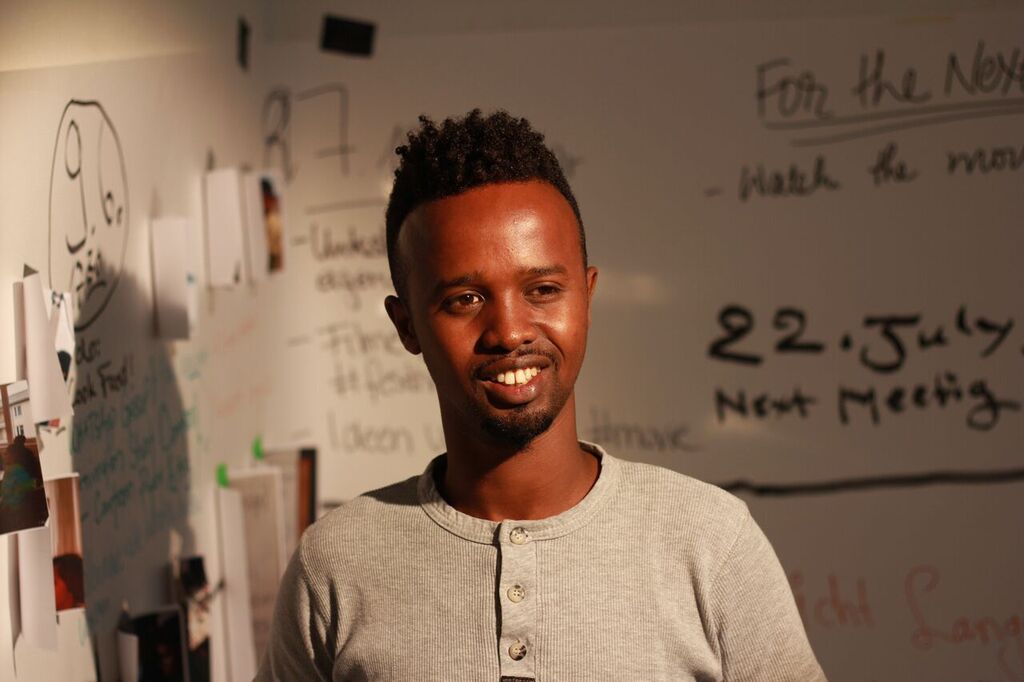 “I am from Somalia. I finished my High school and went to University to become a teacher. Unfortunately after the war I had to flee out of my country. I have been living in Munich since November 2015. I feel really wonderful to be part of KINO ASYL because it is an interesting project.

I chose the movie called QAB iyo IIL, which means “Pride and Grave”.  I took it, because it tells the story of the beginning of the Somali civil war from a grandfather’s point of view, who longs to protect his family. I chose this movie because I would like to give people the chance to learn something about the background of the Somalian war and to understand that we are all the same no matter, which tribe you belong to.” 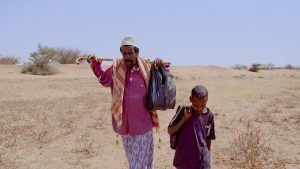 Qab iyo iil is a short film set in a sleepy Somali village about the civil war. It focuses on the story of an elderly man, Guuleed, who refuses to be part of the raging clan warfare.

What does a movie tell about a country? Individual sight or mirror of a society
The movie is followed by a talk with director Ahmed Farah. Together with the curators, Monika Haas (Filmstadt München) and other guests.
Moderation: Barbara Off (DOK.network Africa)